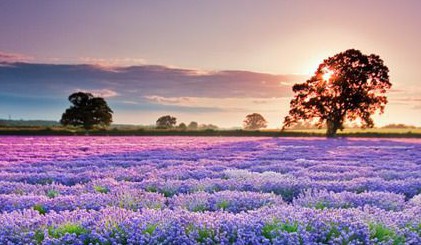 I am Deanna Reynolds, and I live in the city named Body of Christ: Corpus Christi, Texas (hence the Texas bluebonnets). The Lord actually called me out from practicing medicine in part to do exactly this. Of course, His plans were revealed incrementally; the process of leaving the highly esteemed profession that had taken so many years to study and train for and establish myself in unfolded over eight years. Meanwhile, God was deeply rooting and grounding me in His word and His love, bringing me experiential knowledge of Himself and His ways, and developing me in fellowship with Christians of the full spectrum of congregations and denominations through Bible study, worship, and many blessed communities of serious prayer.

Within weeks of taking the final great step of faith and officially retiring from practicing anatomic and clinical pathology and hematopathology, the Lord opened the Scriptures up to me even more in near-floods of revelation. He then surprised me by having me start writing them down with two thumbs and one finger on the yellow “notepad” of a little early version iPod, without benefit of a word processor.*

These writings are solidly based on Scripture and on my knowledge of Christ via the trials and peculiar circumstances He has taken me through to render me a suitable instrument in His hands. He has also taught me much through many saints who have paved the way before us, most especially Watchman Nee (China, ~1930’s), T.Austin-Sparks (Britain, 20th century), Andrew Murray (South Africa, 19th century), and, recently, the very wise and discerning Robert Govett (England, 19th century). Not that we are competent in ourselves to claim anything for ourselves, but our competence comes from God. He has made us competent as ministers of a new covenant (2 Cor. 3:5-6).

There are multiple categories of writings:

May the Lord bless you as you quiet your soul, read, meditate, and press into Him with everything that you have for His glory!

I consider everything a loss compared to the surpassing greatness of knowing Christ Jesus my Lord, for whose sake I have lost all things… Not that I have already attained all this, or have already been made perfect, but I press on to take hold of that for which Christ Jesus took hold of me. – Philippians 3:8, 12

So very much love in Christ, your sister deanna